Securing end-of-life rights through the courts.

Compassion & Choices is committed to enforcing and expanding the rights of terminally ill people. Through our work in the courts, we fight to ensure that everyone can receive high-quality end-of-life care that is in line with their values, wishes, and beliefs. We have been at the forefront of end-of-life care legal issues. Examples include the fight to explicitly authorize, expand, and defend access to medical aid in dying as well as the effort to remove unnecessary restrictions from and secure compliance with advance care planning documents. In every case it is involved in, Compassion & Choices’ legal team prioritizes and seeks to advance patient-directed care.

Our legal advocacy team secured a victory for medical aid-in-dying residency restrictions that will enable non-Oregon residents to access the state's law. 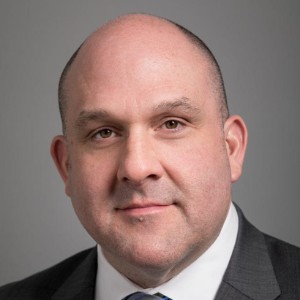 Oregon has agreed to a settlement with an Oregon physician represented by Compassion & Choices in a federal lawsuit alleging that the residency requirement in the nation’s very first state medical aid-in-dying law violates the U.S. Constitution’s guarantee of equal treatment.

The settlement requires Oregon officials to 1) issue directives halting enforcement of the unconstitutional residency provision of the law, and 2) initiate a legislative request to permanently remove the residency language from the law.

The Oregon Death with Dignity Act requires a patient’s physician to determine whether or not the terminally ill person requesting medical aid in dying is an Oregon resident before writing a prescription. It allows terminally ill adults of sound mind with six months or less to live to peacefully end unbearable suffering by obtaining a prescription for medication from a doctor, which they may then self-ingest at a time of their choosing.

"Both my patients and I are deeply relieved that Oregon will no longer enforce its residency requirement for medical aid in dying because it severely impaired the ability of my terminally ill patients in Washington to receive the best quality of care, without interruption,” said plaintiff Dr. Nicholas Gideonse, who is licensed to practice medicine in Oregon, but not in Washington. “The last thing my dying patients needed was to have to find a new doctor during their final days so that they could get the end-of-life care they deserve, just because they happened to live on the north side of the Columbia River.”

Between his work at Oregon Health & Sciences University in Portland, Kindred Hospice in the Salem and Portland metro areas, as well as the broader Willamette Valley region, and Blue Mountain Hospital in John Day, Oregon, it is typical for Dr. Gideonse to have an active panel of more than 100 patients receiving end-of-life care, including palliative care when appropriate. He typically has at least one patient engaged in the eligibility process of requesting aid-in-dying medication at any point in time. He writes approximately seven prescriptions for medical aid in dying per year. Within the past year, Dr. Gideonse has treated at least 16 patients residing in Washington. It is particularly difficult to access medical aid in dying in Clark County, Washington, where a number of his patients live, because 61 percent of the county’s hospital beds are in healthcare facilities with religiously based restrictions that bar physicians from prescribing such medication.

“Oregon has long been the leader in respecting the rights of dying people and state officials’ swift resolution of this suit is very much in line with these values. Now, Dr. Gideonse no longer has to disrupt the continuum of care for his non-resident patients who want this option,” said Kevin Díaz, the chief legal advocacy officer for Compassion & Choices. “Dr. Gideonse’s non-resident patients don’t have the time to start the weeks-long process of medical aid in dying with a brand new healthcare provider in Washington.”

The lawsuit alleged the Oregon Death with Dignity Act’s residency requirement violated the U.S. Constitution’s Privileges and Immunities Clause that “prevents a state from restricting non-resident visitors access to medical care within its borders absent a substantial state interest and restrictions narrowly tailored to those interests … The differential treatment between resident and non-resident patients established by the Act is not necessary to achieve any substantial state interest.” The lawsuit also alleges the residency requirement violates the U.S. U.S. Constitution’s Commerce Clause that prohibits state laws that discriminate against interstate commerce by preventing Dr. Gideonse from providing specific medical services to existing patients crossing state lines from Washington to Oregon.

“Thanks to this settlement, if Dr. Gideonse provides medical aid-in-dying prescriptions to non-Oregon residents who otherwise qualify for a prescription under the Oregon Death with Dignity Act, he no longer faces criminal and civil penalties,” said Darin M. Sands, a cooperating attorney on behalf of Compassion & Choices and a founding partner at Bradley Bernstein Sands LLP. “And he doesn’t have to fear potential medical board disciplinary actions, up to and including the loss of his license to practice medicine.”

In the past, Dr. Gideonse has received requests from Washington residents seeking assistance with qualifying for and obtaining a prescription for medication under the Oregon Death with Dignity Act. Despite the likelihood that these individuals were otherwise eligible for medical aid in dying, he was unable to consider these requests solely on the basis of residency.

“Medical aid in dying was the only medical procedure in Dr. Gideonse’s day-to-day practice in which a patient’s lack of Oregon residency denied the otherwise appropriate care he could provide them,” said Peter D. Hawkes, a cooperating attorney on behalf of Compassion & Choices and principal at the Portland-based law firm of Angeli Law Group LLC. “Oregon’s promise not to enforce the residency requirement of the Death with Dignity Act means many terminally ill patients can now access medical aid in dying, despite their inability to relocate, while experiencing debilitating medical conditions.”

The links to the settlement agreement documents are: https://compassionandchoices.org/docs/default-source/legal/rec-doc-20-1-exhibit-wm.pdf