Securing end-of-life rights through the courts.

Compassion & Choices is committed to enforcing and expanding the rights of terminally ill people. Through our work in the courts, we fight to ensure that everyone can receive high-quality end-of-life care that is in line with their values, wishes, and beliefs. We have been at the forefront of end-of-life care legal issues. Examples include the fight to explicitly authorize, expand, and defend access to medical aid in dying as well as the effort to remove unnecessary restrictions from and secure compliance with advance care planning documents. In every case it is involved in, Compassion & Choices’ legal team prioritizes and seeks to advance patient-directed care.

Our legal advocacy team secured a victory for medical aid-in-dying residency restrictions that will enable non-Oregon residents to access the state's law.

Compassion & Choices praised the New Jersey Superior Court’s Appellate Court for a ruling on Friday affirming the lower court’s dismissal of a lawsuit seeking to overturn the state’s 2019 medical aid-in-dying law based on constitutional and religious objections. Compassion & Choices submitted an amicus brief in the case, Glassman v. Grewal, to the Appellate Court in April 2021, and argued before the court in May 2022, urging the court to affirm the lower court’s ruling.

The plaintiffs’ only remaining legal option is to appeal the ruling to the New Jersey Supreme Court, which, unlike the Appellate Court, has the discretion to decide the appeals it hears and could decline to hear the plaintiffs’ case.

“Since the plaintiffs didn’t even show up for oral arguments last month in the case, we hope they must realize it is fruitless to continue pursuing it. Terminally ill New Jerseyans should be able to decide for themselves if they want the option of medical aid in dying to end their suffering, based on their experiences, values, and beliefs,” said Jessica Pezley, staff attorney for Compassion & Choices, which has successfully worked to defend legal challenges to weaken or overturn medical aid-in-dying laws in California, Oregon, and Vermont. “No one’s religious beliefs should dictate what healthcare options someone else should have to relieve their suffering at the very end of life.” 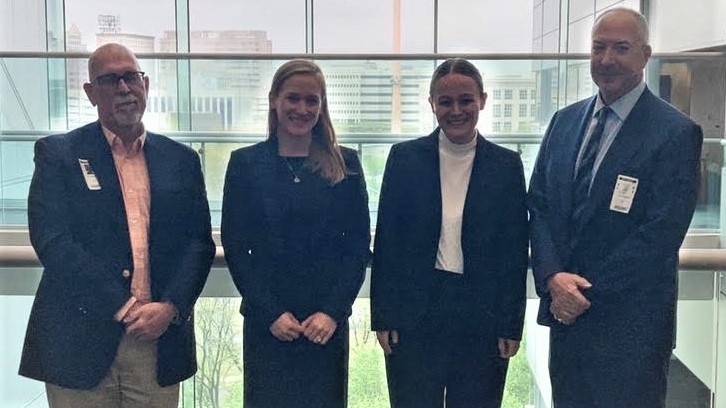 Compassion & Choices submitted its amicus brief defending New Jersey’s medical aid-in-dying law on behalf of 1) the organization, 2) Dr. Paul Bryman, a hospice and palliative care physician in Delair, and 3) Lynne Lieberman, a terminally ill resident in Absecon, who sadly passed away from cancer while the appeal was pending. The New Jersey medical aid-in-dying law allows mentally capable, terminally ill adults with six months or less to live to get a prescription they can decide to self-ingest to peacefully end unbearable suffering and die in their sleep.

Friday’s ruling affirms an April 2020 decision by New Jersey Superior Court Judge Robert T. Lougy. He dismissed the lawsuit after concluding the plaintiffs lacked the legal standing to file the lawsuit (i.e., a personal stake in the outcome) and the state’s medical aid-in-dying law did not harm them. In its opinion, the Appellate Court upheld Judge Lougy’s findings:

"...[S]ince its enactment, ninety-five New Jersey residents have invoked the Act and ended their lives, without, to our knowledge, a single family member or interested party objecting to those unquestionably difficult end of life decisions. Nor has any report surfaced that any person utilized the Act for an improper or illegal purpose … We reject all of [plaintiffs’] arguments and affirm substantially for the reasons expressed by Judge Lougy in his comprehensive and well-reasoned written opinion. We agree with the judge that plaintiffs lack standing and their constitutional and other challenges are meritless in any event" (Opinion, pages 2-4).

The law was briefly suspended in August 2019 but reinstated 13 days later when the Appellate Court ruled lower court Judge Paul Innes’ temporary restraining order was an abuse of discretion. Even the brief suspension of the law harmed terminally ill plaintiffs. Amicus curiae Dr. Paul Bryman recounted in the brief that the law was suspended just one day before his terminally ill patient could fill his prescription, but because of the uncertainty created by the suspension, the patient suffered an additional month before being able to fill their prescription.

"I'm very happy that the Court made the right decision and I can continue to help terminally ill people who want to use medical aid in dying to peacefully end their suffering,” Dr. Paul Bryman.

“We are grateful that the Appellate Court recognized that there are terminally ill New Jersey residents who are counting on this end-of-life care option to bring them peace of mind during this difficult time,” said Alan Howard, a partner in the Perkins Coie law firm, who served as pro bono counsel to amicus curiae in this matter. “Dying people should have this compassionate option to end their suffering if it becomes unbearable.”

In addition to New Jersey, Washington. D.C. and nine other states have authorized medical aid in dying: California, Colorado, Hawai‘i, Maine, Montana (via a state Supreme Court ruling), New Mexico, Oregon, Vermont, and Washington. Collectively, these 11 jurisdictions represent more than one out of five Americans (22%).